One reason why I like talking about SIBO (small intestinal bacterial overgrowth) is that, similar to the brain, it is very complex with enormous interrelated factors.

Here we have a very complicated study with several “findings/conclusions” each of which has multiple interpretations.

Let’s look closely at what the research showed and the interpretation of why they reached these conclusions.

SIBO based on quantitative duodenal aspirate culture usually reflects an overgrowth of anaerobes, does not correspond with patient symptoms (because they only looked at the duodenum and the contamination problems of duodenal aspirate culture are well documented), and can be a result of dietary preferences (as the diet is so complicated that they cannot reduce it to a dichotomy as they describe later low/high fiber/sugar).

Small intestinal microbial composition, however, is significantly altered in symptomatic patients when compared with healthy controls. The microbial composition does not correspond with SIBO (as they define SIBO using the above – perhaps the SIBO is lower in the intestine). The differences in imputed microbial function in symptomatic patients and healthy controls suggest potential differences in dietary carbohydrate intake among the two groups.

In our pilot dietary intervention study, we found switching from a high-fiber diet to low fiber, high simple-sugar diet triggered GI symptoms that may also be seen in FGIDs. (Yes, we know that. But more importantly, all fibers aren’t the same and all “simple sugars” aren’t either. This is a typical simplistic attitude about diet.)

There was an inverse correlation between small intestinal microbial diversity and small intestinal permeability (which is interesting and logical – biome problems lead to permeability problems which probably are the source of symptoms due to alterations of the barrier) and an association between decreased microbial diversity and appearance of specific GI symptoms following dietary intervention. 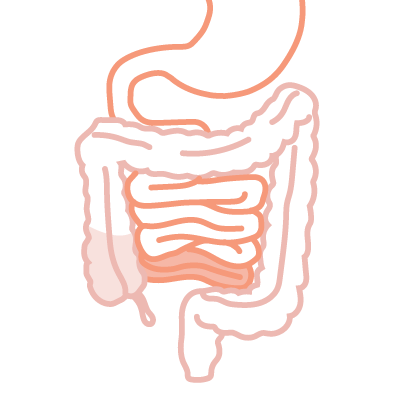 Our findings are consistent with previous reports that found the presence of SIBO did not correlate with symptoms such as diarrhea or abdominal distention (a bold statement and I would need to see if those findings too were based on SIBO being defined by gas production or by sampling the duodenum – since the definition of SIBO as it is used is always associated with symptoms then, perhaps we are arguing about the definition of SIBO), pain threshold of the colon (again, I would need to see what they mean to have this statement clarified), or increases in phasic contractions in colon in response to intraluminal distension.

There is also a lack of data to support an increased prevalence of SIBO in FGIDs like IBS. (This is a bold statement that many disagree with. They almost certainly have a common mechanism but different factors that lead to different outcomes.) The absence of correlation between SIBO and GI symptoms or microbial composition and the presence of SIBO in healthy individuals raises the question if SIBO is a primary driver of symptoms in FGIDs or represents an environmental influence. (Not really. More logically, it makes on the question if the sampling is in error or if we should say this is dysbiosis vs. “overgrowth.”)

It will be important to make this distinction, as patients are currently treated with subtherapeutic doses of non-targeted antibiotics on a recurrent basis based on the diagnosis of SIBO; these treatments have the potential for long-term collateral harm to the gut microbiome and are particularly concerning with the increasing rates of antibiotic resistance. (Which is correct. Folks are reseeding the bowel with bacteria and the antibiotics don’t kill all the bacteria. But that truth has nothing to do with their finding.)

We found that small intestinal microbial composition was significantly altered in patients with GI symptoms, including significant decreases in members of genus Prevotella and enrichment of microbial ascorbate and aldarate metabolism. (Yes, it isn’t just too many. It is a dysbiosis, which is essentially “too many” of the wrong bacteria. So, perhaps the term should be SID [Small Intestine Dysbiosis].) Host factors such as advanced age, PPI, antibiotic use, and prior GI surgery explain ~ 12% of variance in healthy and symptomatic patient microbial communities, suggesting there are other extrinsic or intrinsic factors at play.

Let’s build a chain so we can make a bold conclusion.

The literature review of pediatric SIBO demonstrates more clearly that additional consideration needs to be placed on non-duodenal aspirants (jejeunal), as it appears that there are two separate causes of SIBO – that is, bacteria that come from the oropharyngeal route and bacteria that are colonic.

Also, if one has not assessed the ileocecal valve, one may be missing a cause of SIBO and thus may be under-diagnosing it in some patients with symptomatology. They also note that there are methane-specific bacteria and some studies don’t really assess methane as a diagnostic criterion.

Basically, SIBO is a complicated illness and is likely to be more than one problem.