Home › Education › Down with Sugar

More data on the problem of sugar came out in a recent article, this time associating it with cancer.

The findings from a French cohort showed: 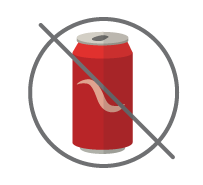 “Increased daily consumption of about 3.4 ounces of soda – roughly a third of a can of Coke – was associated with an 18% greater risk of some cancers.” Meanwhile, “the likelihood of breast tumors alone rose even more, by 22%.”

.. the results of this observational study based on a large prospective cohort suggest that a higher consumption of sugary drinks is associated with the risk of overall cancer and breast cancer. Of note, 100% fruit juices were also associated with the risk of overall cancer in this study. If these results are replicated in further large-scale prospective studies and supported by mechanistic experimental data, and given the large consumption of sugary drinks in Western countries, these beverages would represent a modifiable risk factor for cancer prevention, beyond their well-established impact on cardiometabolic health. These data support the relevance of existing nutritional recommendations to limit sugary drink consumption, including 100% fruit juice, as well as policy actions, such as taxation and marketing restrictions targeting sugary drinks, which might potentially contribute to the reduction of cancer incidence.

Note the “surprising” finding that, in fact, sugar doesn’t care if it comes from fruit or any other source. As I said before, in the single sugar world there is dextrose, fructose, and galactose (and a few weird ones). Double sugars (sucrose etc) have two. And the data is pretty clear that fructose alone or in high fructose corn syrup (HFCS) is the worst. So, why did the government only ask to include “added sugar” in labeling? Let’s just say it wasn’t based on science or chemistry.

So, what other messages are the public getting about healthy eating? Listen to this confusing message that is delivered to the public about the risk of salt and sugar. 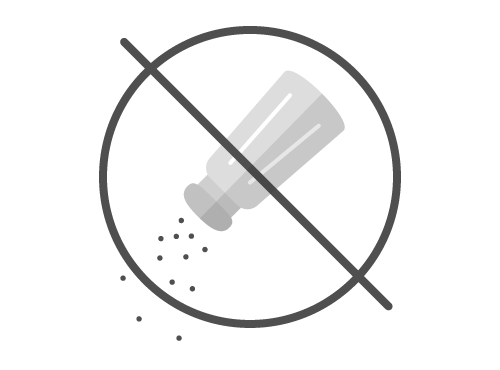 Salt and sugar are essentially equal problems, right? Actually, salt is both a required element of the diet and not a problem if you don’t have hypertension. And the “overeating” of salt is mild compared to sugar. That’s assuming there is an acceptable amount of sugar in the diet when, in fact, you don’t need any sugar in your diet.

Why not just focus on the risk of sugar? Sugar has a lobby of folks who advertise on television. Local stores will sell you a year’s supply of dietary salt for 39 cents. Do you think that broadcasters aren’t aware of where their money comes from? By discussing salt first, people have (hopefully) already tuned out for the sugar message. And why hit folks at the very end with that huge lump of sugar? The demo makes it pretty clear that sugar is the problem, not salt. But, broadcasters are hoping that, by then, users have moved on and perhaps opened up a soda and some “milk” (um sugar) chocolate.