Home › Education › Studies on Processed Foods, Fat in the Diet

A recent article gives another win for eating a whole food, plant-based, keto, low carb, or any reasonable restrictive diet. 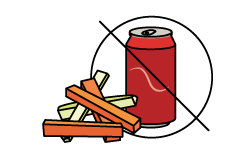 This is another reason for there being no hope in the obesity epidemic, since food, beverage, restaurant, grocery, (and many farming) industries make their money from the foods folks should avoid. It’s a battle between capitalism and obesity.

Yes, carbs are bad. That doesn’t mean that fat is good, but instead that fat is key to satiety. So lowest fat = highest hunger.

It is going to take concentrated behavior change to revert the tide of increasing obesity in the population. The question is, will that happen?