A recent study said that basically diet doesn’t matter for weight loss, be it low carb or low fat. Even if you look at markers, they don’t really vary.

There was no significant difference in 12-month weight loss between the HLF and HLC diets, and neither genotype pattern nor baseline insulin secretion was associated with the dietary effects on weight loss.

This actually matches what the precision medicine folks came to admit; that diet-wise, precise nutrition is a waste of time and that we should just offer an across the board strategy that can be implemented widely and effectively across the population (lots of veggies, low sugar, no refined carbs, etc.)

The study is interesting because it is the opposite of the earlier studies in that it went with a more community-based treatment model in which all of the measurements in terms of dietary and physical activity are self-reported. Self-report is often incredibly inaccurate and usually on the unhealthy side (more calories, less exercise). So the report of how much food they ate and how much exercise they had, much less what kind of food they ate, is most likely erroneous. But that isn’t the only mistake of this study. 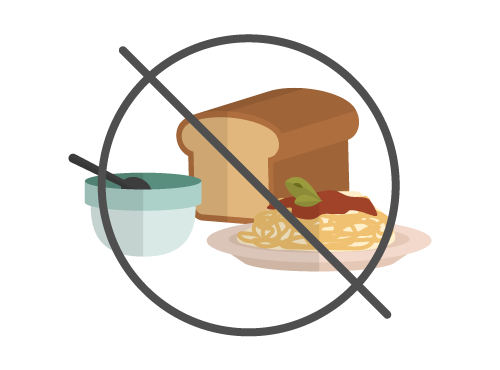 They say the study followed low carb (<20g carb/day). I truly doubt it. Almost no one can handle that low. And, strangely enough, they didn’t measure ketosis, so there is no evidence they actually changed their metabolism from carbohydrate/sugar to fat. This is the common, greater mistake in terms of low carb versus lower carb. They focused on “lower-carb”, but missed the fact that low carb is not JUST decreasing carbohydrates, but attempting to change the way the body generates fuel to burn. Specifically, to look for fat for fuel vs. carbs. That is a huge shift, but only if and when it happens. And it is miserable and complicated. In the week of conversion (or longer), the person is basically starved for energy and lethargic (think flu). The only time that low-carb really has a significant impact is when it is substantially decreased so that it alters body metabolism. Nobody in the low carb world argues that you just need to go a little way toward eliminating carbs.

Further, the data firmly supports that low carb (as in “less carb”) is basically irrelevant if you allow folks to substitute calories. Now, this is not to say that limiting carbs is not necessary. But, in a world where you’re trying to maintain the same amount of calories, eliminating carbs and adding fat adds no value unless you eliminate almost all carbs (<20g/day and probably lower depending on success). The value of eliminating carbs (less-carb) for the general population is that one does NOT add other food, since the general population actually overeats. This also ties into hunger models since carbs drive hunger and fats/protein do not. So, asking a lower-carb person to eat as much is basically telling them to eat even if they are not hungry.

This, to me, is a fairly simple concept. Yet, I continue to see it confused in study after study. Of far more concern is the study was designed to allow people to “return to a more sustainable diet.”

Then individuals slowly added fats or carbohydrates back to their diets in increments of 5 to 15 g/d per week until they reached the lowest level of intake they believed could be maintained indefinitely. 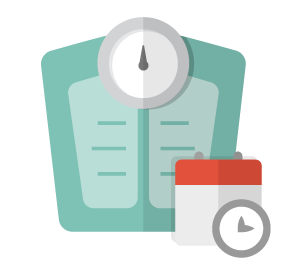 This goes against the concept of how one should lose weight; through lifestyle change, not crash dieting. The implication that one can hopefully discard the diet is wrong. Then, one has no attachment to that strategy of eating and one looks forward to the day when they get to get rid of these miserable limitations on what they can eat. The main finding of Atkins was that once you’ve dumped the low carb diet, all the benefits went away leading to weight regain. Dumping your diet is always a bad idea, but for low carb it is deadly. The weight comes back with vengeance; potentially 3-5 pounds in a week. I’ll emphasize this. Low carb (real low carb) is a one-way ticket until ALL of the weight is gone and you change your life entirely to support an active lifestyle AND keep a very close eye on hunger. Otherwise, you will regain every pound you lost. Potentially within one month.

We don’t need more evidence that folks need to find a food intake strategy that they can live with for the rest of their life.

The genetic measures, on the other hand, are very interesting; as is their use of insulin sensitivity (but measuring insulin secretion after a glucose tolerance test sounds a bit too complicated for much of clinical care).

Qi et al reported that individuals with the IRS1 rs2943641 CC genotype were more successful with weight loss than those without this genotype when assigned to a low-fat and high- carbohydrate diet vs a low-carbohydrate and high-fat diet. Grau et al reported that individuals with the FTO rs9939609 TT genotype had greater decreases in the homeostatic assessment model of insulin resistance on low-fat vs low-carbohydrate diets; however, the diet-genotype interaction for weight loss was not statistically significant. Most prior studies examined single SNPs, with few replication attempts. The intent in the current study was to replicate the post hoc findings from the A TO Z (Atkins, Traditional, Ornish, Zone) Weight Loss Study.

The finding of no significant difference in weight loss in genotype-matched vs mismatched groups in the current study highlights the importance of conducting large, appropriately powered trials such as DIETFITS for validating early exploratory analyses.

These genetic tests should be a part of any standard weight-loss program, since I doubt they cost very much. It’s somewhat depressing that they didn’t find any impact on any of those measures, yet as I described above I think that’s based on a very poor study. If such measures were assessed at a huge population level like the Framingham study, I think we could start to see some differences in people and to identify where adherence is improved and impact is achieved. Again, I wouldn’t alter the diet, but I would look for differences in people and their attitudes to try and determine how we should approach the problem differently. To repeat, that doesn’t mean that we should change the diet, but we should identify the markers of barriers or strengths that help determine success and failure, mostly through adherence.